Today's defence-related news includes coverage of a milestone in the development of the F-35B Lightning fleet.

The Express, Metro and Daily Star today report that the F-35B Lightning has completed its first test flight armed with British missiles. Minister for Defence Procurement Stuart Andrew announced the successful flight during a visit to the Defence Electronics and Components Agency in Wales, which will play a crucial role in maintaining the world-class jets.

The F-35B Lightning fleet has moved another step closer to defending the skies and supporting our illustrious aircraft carriers with this landmark flight.

This flight by a British pilot, in a British F-35 jet with British-built weapons, is a symbol of the major part we are playing in what is the world's biggest ever defence programme, delivering billions for our economy and a game-changing capability for our armed forces.

The F-35B Lightning multi-role fighter jet is the first to combine radar-evading stealth technology with supersonic speeds and short take-off and vertical landing capability. The British fleet will be jointly manned by the Royal Air Force and the Royal Navy. 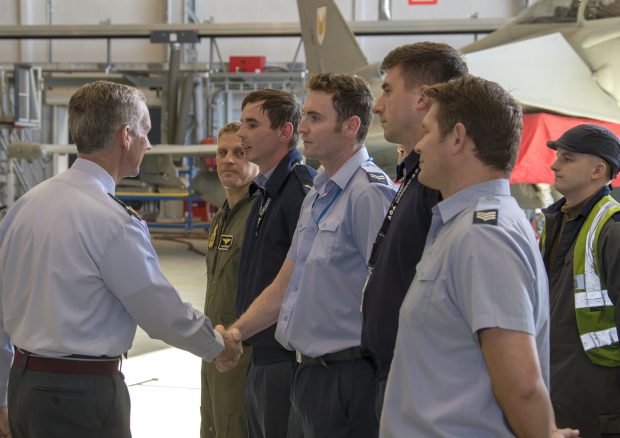