Today’s defence-related news includes coverage of HMS Mersey being deployed to the Channel following a request for military support from the Home Office,  and ongoing reports on the British Army's new recruitment campaign.

Coverage of HMS Mersey's deployment features in most major newspapers, including The Sun, The Mirror, The Guardian, The Times, The Daily Telegraph, The Daily Mail, The Independent, The Daily Express, The Scotsman, The Herald, The Record and the Press & Journal.

I can confirm that HMS Mersey will deploy to the Dover Straits to assist the UK Border Force and French authorities with their response to migrant crossings.

The professionalism of the Royal Navy means the crew have been able to immediately divert from routine operations to help prevent migrants from making the dangerous journey across the Channel.

Coverage of the British Army's new recruitment campaign features across most major print and online outlets today, including The Telegraph, The Times, The Mirror and The Independent, following extensive coverage across broadcast channels yesterday.

The Your Army 19 campaign's use of the “Me Me Me Millennials”, “Snowflakes”, “Selfie Addicts” and “Binge Gamers” labels continues to spark debate in both traditional and digital media and on social media.

People are fundamental to the Army. The ‘Your Army Needs You’ campaign is a powerful call to action that appeals to those seeking to make a difference as part of an innovative and inclusive team.  It shows that time spent in the Army equips people with skills for life and provides comradeship, adventure and opportunity like no other job does. 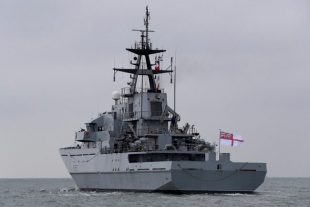