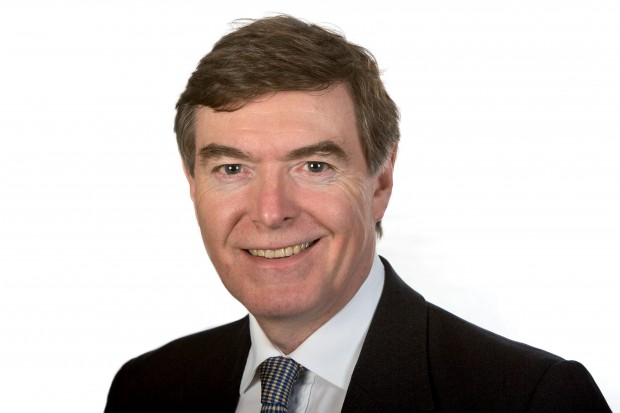 On Sunday I represented the UK at the latest contract signing to enhance capability of the Eurofighter Typhoon.

This prompted me to set out the context of this latest £165 million investment in capability for the Royal Air Force, in response to those who claim that the UK is losing our defence capabilities.‎

The reality for the RAF is very different, as it is being steadily transformed into one of the most modern, best equipped air forces in the world.

Within its Combat Air fleets, Typhoon has for a decade been, and remains, the largest and most iconic defence programme for the RAF, but also for UK plc.

These squadrons provide our Quick Response Aircraft tasking to defend the UK and overseas territories as well as undertaking defence exercises with allies and partner nations.

We have a clear roadmap to develop the multi-role capabilities of the platform. Over the past year alone we have invested to improve both its air-to-air defence strengths, with state-of-the-art beyond-visual-range Meteor missiles‎, and its air-to-ground strike capabilities, first with Storm Shadow bunker busting bombs and now Brimstone precision munitions. Last year we also invested to enhance both roles with E-Scan radar.

At the same time we are also investing in the Joint Strike Fighter, F35 Lightning II - the largest military equipment programme in the world, producing the most advanced fifth generation jet aircraft in the world.

Last week the Prime Minister visited RAF Marham and announced a £300 million investment programme in infrastructure to transform it into the main operating base for Lightning II.

UK defence industry has a 15 per cent share in the supply chain of every air‎craft, with a current estimated production run of some 3,500, which will sustain tens of thousands of jobs in the UK for decades.

This is an exceptionally agile and manoeuvrable fifth generation fighter that comes with advanced stealth built in as standard.

The UK has taken delivery of three aircraft, our fourth is close to delivery and four more were ordered last October.

We intend to order 10 more aircraft over the coming three years to enable the first squadron to be operational by 2018 and delivering carrier strike capability, flying off our first new aircraft carrier in 2020.

The Strategic Defence and Security Review this summer will determine the next phase of buy beyond this initial commitment.

In the meantime, we're continuing to get the most out of our existing Combat Air capability.

Our three squadrons of Tornado GR4s are being kept busy, last year active in Afghanistan and undertaking surveillance in Nigeria, now striking hard at ISIL in Iraq. The RAF have carried out 152 air strikes in Iraq – second only to the US – since this engagement began, flying the second highest number of sorties among coalition partners.

Our RAF Reapers are also active in Iraqi skies - a reminder of how we're enhancing not just our strike capability but our ISTAR assets as well.

In the past year we have also deployed state-of-the-art Watchkeeper in Afghanistan. This is a next generation unmanned eye-in-the sky air platform, designed and built in Britain, which was introduced into service last summer in time to undertake 150 operational hours in theatre.

But we're not just transforming our Combat Air and Air ISTAR assets‎, but our Air Mobility fleets as well.

Earlier this month I joined the workforce at Filton to watch the flypast of the first of the Royal Air Force's A400M Atlas transport planes.

It is the first-in-class of a new transport plane for the RAF that will serve as the workhorse in tactical lift in conventional and rugged environments for decades to come.

This programme is also playing its part in the long term economic plan, contributing to economic recovery by employing 900 people directly at three factories in Filton outside Bristol, manufacturing state of the art wing sets for every plane in the programme, securing 8,000 jobs in the wider UK supply chain‎.

So it seemed entirely fitting to name the aircraft the City of Bristol, an honour rarely bestowed by the RAF.

This is just the latest step in the transformation of our Air Mobility.

Over the past 12 months our fleet of Voyager (multi role transport and tanker) aircraft was delivered fully into service - in time to undertake much of the heavy lifting in the drawdown of personnel from Afghanistan - and today undertaking refuelling tasking over the skies of Iraq not just for the RAF, but for several coalition partners as well.

This allowed us over the last 18 months to retire the operational fleets of VC10 and Tristar, amongst the last such fleets still in service around the globe.

Along with our fleet of C-17 strategic lift transport planes and the C-130J Hercules which will gradually be replaced by the 22  A400M Atlas coming into service, the RAF is now well on the way to having the most modern Air Mobility fleets, the envy of air forces around the world.

Our continued investment is not just sustaining defence but the UK defence industry supply chain as well.

Within this, our defence and security supply chain is the broadest and deepest in Europe, with as many companies engaged as have France, Germany and Italy combined.

It has also become the most open market in the developed world, as we have adopted an open procurement policy to encourage the domestic defence industry to grow and look to export markets.

We now have 10 non-UK domiciled prime defence contractors signed up to our Defence and Security Industrial Engagement policy, representing a kitemark of involvement with the UK defence supply chain.

At the same time our Defence Growth Partnership is spreading the innovation that comes out of the defence supply chain, accelerating delivery of new capability to the front line and establishing UK centres of excellence in defence.

Which brings me back to Typhoon and it's capability roadmap, along which the UK took an important step forward yesterday.

It is a case study of our determination to keep our air force at the cutting edge of world class capability.

The Dual Mode Brimstone is a precision missile, which has proven itself time and again as capable of prosecuting targets, stationary or on the move‎, without causing collateral damage.

In the conflicts of today, this is an increasingly powerful and relevant capability, and a unique British product, with significant export potential.

It is an excellent example of how investment by the UK Ministry of Defence is bringing world class battle winning capability to the RAF, despite the financial challenges of recent years.